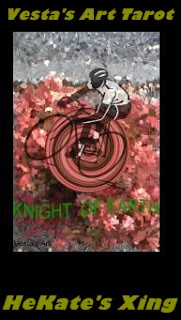 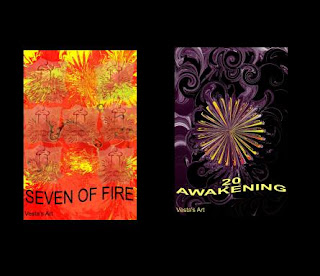 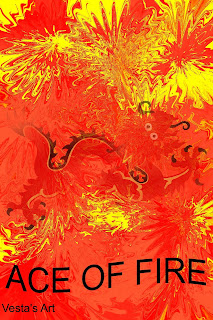 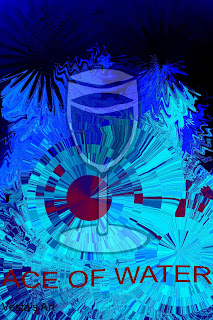 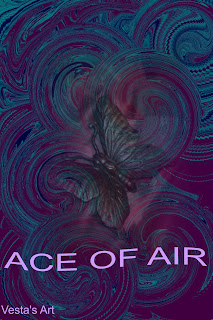 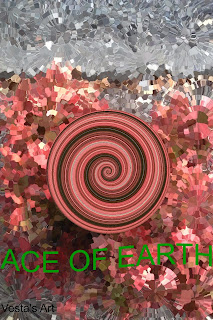 The Original Long Video of the complete suit ....

My Thoughts and Opinions

Why Do Readers Read Cards Differently? 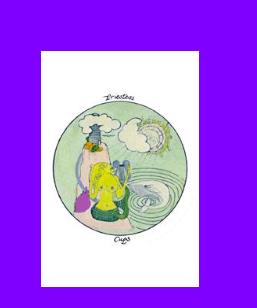 Each Deck is so Different .. There are many different Tarot decks designed by many different amazing individuals… Every deck is perfect in it’s own way… Some images speak louder than others, that is because we as readers are all very different, we are individuals that like and are drawn to different artwork… Also our thoughts processors are individualized.  Our perceptions are individualized.  No one sees the same image in the same card. Different colours, characters, symbols stand out for each of us. That is why you will find different Tarot readers deliver the same messages in a different way.  And sometimes it can take awhile to make sense of a reading.. We as Tarot Readers have to interpret what we see… With our experiences in life so different from each other we interpret things quite differently… I understand there are suggestions in how we read Tarot and there are basic keywords ,  trying to memorise what someone else sees can drive one crazy… I find what works for one re
Read more

Card of the Year 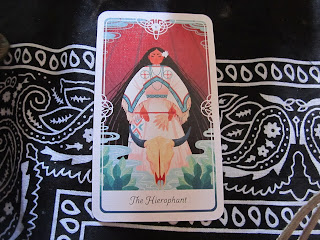 Deck used : Tarot of the Divine The Hierophant  2021  is the year of Spiritual Beliefs, a look at one's own tradition in one's journey.   Is this the year where one looks at what one can learn, study   and discover within one's own Spiritual journey.   Maybe this is a year when one may teach, share knowledge, Mentor others within their own path.  The Story WHITE BUFFALO WOMAN NORTH DAKOTA, LAKOTA DEITY.  STORY: The traditional story is that, 19 generations ago, there was a time of famine. The chief of the  Lakota  sent out two scouts to hunt for food. While the young men travelled they saw a white cloud in the distance. Then, from the cloud, they saw a woman. As they approached, they saw that it was a beautiful young woman in white  buckskin . She had dark hair, skin and eyes. One of the men was filled with lust for the woman. He approached her, telling his companion he would attempt to claim her as a wife. His companion warned him that she appeared to be a sacred woman, a
Read more 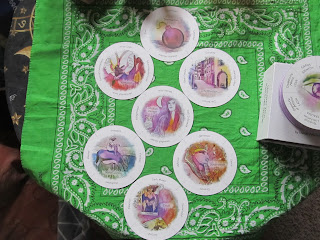 I received Uncover Your Past Lives Oracle by Mandy Peterson and after playing with them for a couple of days realized The connection That can be used to clear Past lives with Soul Energy Clearing  This is something I want to share with YOU! ....  The Energies surround the centre card  Looking at each aspect of the Backs of the cards.   Process:  After using a pendulum to prepare the space for Past life Connection...  Shuffling the deck focusing on energies that are affecting you at this time ..  With Pendulum we clear the energies by layers (if first session - more sessions will find overall energies cleared much easier)  Once  cleared of debris, the healing begins to take place .. It can take several sessions to move through the different layers...  Each session is totally unique so I do not know how long this first session will take at this time now that I have included this to the Session instead of moving through the normal SEC Charts ..  Once I have an idea when working with a
Read more 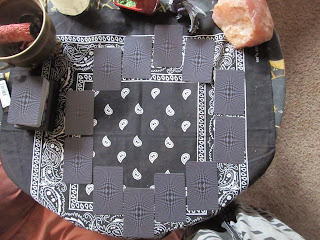 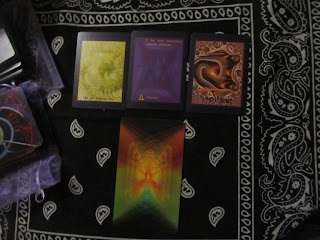 Sacred Fractal Tarot (available through MPC)  Plus an Art Oracle (I created for myself)  Ten of Pentacles, II The High Priestess, King of Wands  This message speaks of inheritance arriving on some level, knowledge from the past that seemed hidden  may come from a new venture, enterprise...  This card speaks of healing , in understanding how you digest your experiences.. coming from your own creativity,, identity in who you are in this moment. There does feel as though there is movement coming from within.. a light shining out of the darkness...
Read more 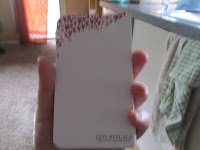 Here are my collection of Decks from Hand Me That Pencil   ... Justine is a New Zealand Artist that creates a wide variety of decks that offer so much diversify within the imagery, offering yourself to be seen within the decks. ... There are many amazing messages delivered within these decks.. I brought Songs of my Heart and got addicted to the imagery. Justine brings a passion to her artwork that is shown through the use of thought in each image.. .   Please check out Justine's Website  Hand Me That Pencil and Etsy Store .. You will find Justine on Instagram showing her current project... ON Justine's website you will find downloads to her Journals and manuals to assist you on your journey of discovery.  There are still a few more decks I want to add to my collection ...  Each deck offers something new to the message..  Songs of my Heart offers affirmations, the imagery is NZ based within the body diversity, colour and size, and age within each card.. beautiful depicted sce
Read more

Hekate's Crossing
A Tarot Reader with an interest in a variety of Subjects... Using a variety of Tools in a Reading .. Alternative Healer with a variety of Modalities

E-Book and Other Info


Tarot Smith Widget
A range of Widgets available for Site

Tarot Card of the Moment

In Which Direction Do You Travel